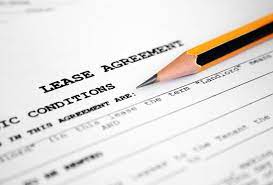 While the signing of a commercial lease is a great way to outline the roles and responsibilities of landlord and tenant and get both parties on the same page, commercial lease disputes can still arise for a number of reasons.

What is a Commercial Lease Dispute?

A commercial lease is a legally binding contract, the terms of which (such as paying rent or maintaining the premises) must be adhered to and complied with by both tenant and landlord for the entire duration of the lease.

Commercial lease disputes arise when the terms and conditions of these legally binding contracts are violated by either landlord or tenant during the term of the lease. However, not all violations of a commercial lease are born out of maliciousness, as they’re often brought about as a result of unforeseeable financial and economic impacts.

What Are Your Rights in this Type of Dispute?

Your rights during a commercial lease dispute will depend on which side of the equation you’re on and the terms outlined in your original agreement. For instance, when it comes to commercial lease disputes in Melbourne, landlords have as many rights, responsibilities and protections as tenants.
While there is general commercial property legislation in place to protect both parties, more nuanced rights, responsibilities and guarantees are often worked out during the signing of the lease itself.

Therefore, if entering a commercial lease dispute, it’s critical that you’ve first thoroughly evaluated your contract and understand your rights and responsibilities as it pertains to the contract whether you’re the landlord or tenant.

Where Can You Get Advice On Commercial Lease Disputes?

Commercial lease disputes are best handled by experienced property lawyers. They can advise you on the best course of action as well as inform you of any critical time limits and ultimately help you reach a fair and fast resolution.

Some common causes of commercial lease disputes are:

As a tenant, it’s your responsibility to ensure you can meet your financial obligations in regards to your commercial lease. Failure to do so often results in landlords taking legal action against tenants.

A breach of lease occurs when the commercial premises being leased out by the tenant are being used for purposes other than what was specified in the lease contract (for instance, serving food in a retail space that doesn’t carry food licensing).

This fault can be attributed to either landlord or tenant. While as a tenant you’ll be expected to not damage or vandalise the property you’re leasing, there’s also an expectation for landlords to provide necessary care and maintain the facilities of the premises as outlined by the lease agreement.